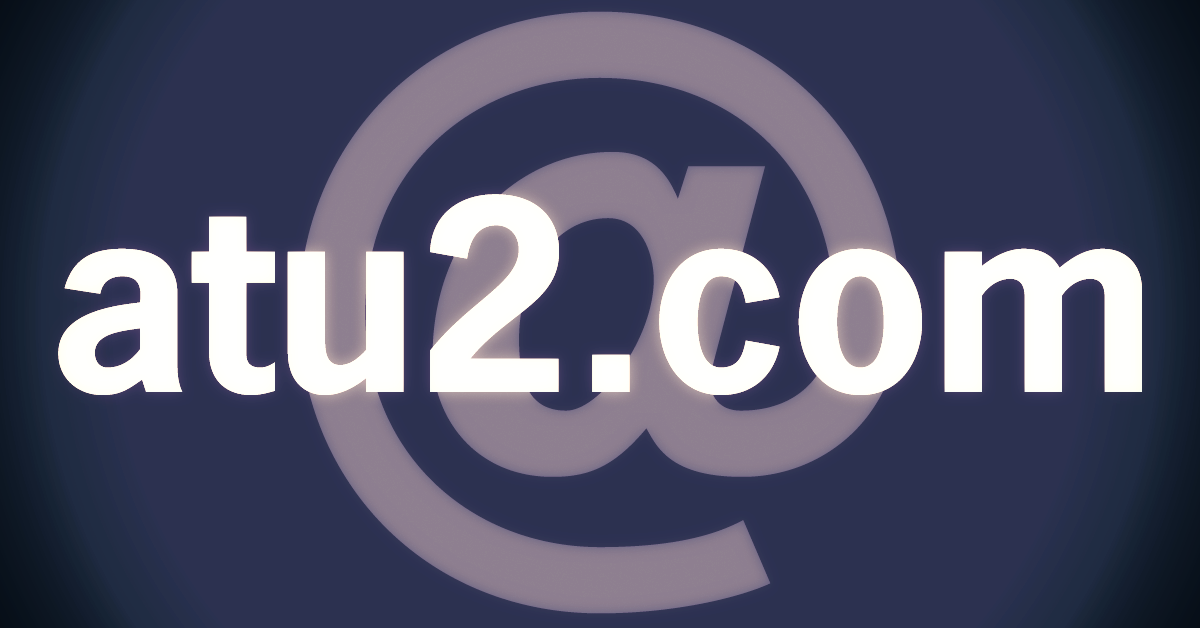 The end is not coming.

The end is here.

That’s what the band has been playing in my head over the weekend (and sadly no striptease included) after hearing the sad news that one of the best U2 fan sites has performed its last show after 25 years of rocking our world.

Isn’t it weird how we get used to stuff, people, situations and always feel like it’s going to last forever? It’s 2020, we should know better right? But nope. Every time, it just hits you and there you are completely dumbfounded as if your world was engraved forever in stone and not just barely hanging together with cheap adhesive tape. Ha…

I remember Atu2 being the very first website I visited about this band. I remember getting home from high school and waiting for that damn 56k dial up to stop driving me mental with its stupid sounds and grant me access to the oh so mighty and mysterious world wide web just so I could check that one site. I remember my mom yelling at me that she needed to use the phone and asking me when i’d finally grow up and stop being stupid about that damn band. Ha. Guess what mom ?

So yeah. Right from the start it was there. All along the way it was there. And saying goodbye to all of this, especially these days… Ha. It got me pretty emotional.

Bono’s right when he says that the songs, the music get all the more important for the memories we attach to it. Well, only makes sense that the same happens with other stuff right? Am I slowly slipping back to nonsense? I think not. Because behind that blue @, that website, those social media accounts, there is a team, there are people I really enjoy interacting with. And I know they will still be around and the interaction and convos won’t disappear but it still makes me sad that they lost their ‘home’, their meeting point.

And so did the community of fans, because it sure was a pretty neat place to hang out, this website. You could just pick up an article to read, revisit your gig history, hit refresh just to get a new cool quote from one of the lads, lose yourself contemplating for hours one of the Achtoong Bono – ahem.

Ha. Decisions are always hard. But sometimes – all the time actually but that’s too dark for a Monday post – good things have to end. It makes sense to stop for the best before it’s too late*. And after reading your goodbye note guys, it definitely seems to be the right call.

(* : This OBVIOUSLY doesn’t apply if you’re a member of a band called U2.)

Alright. It’s starting to all sound so very depressing so let’s just f-off from that damn memory lane and go back to where the streets have no name – make sure to take a slight left turn though or you’ll end up on 2020 Blvd of Broken Dreams and I sure as hell ain’t going to pick you up down there.

The end is not coming.

The end is not coming and that’s it.

Because isn’t the end of something just the beginning of something new? Maybe that chapter is over but I’m pretty sure there’s more to be written and that story is nowhere near to be concluded.

I mean, I know it sucks – especially in these uncertain times, but eh, we’re still here. You’re still here. U2 is still here (well wherever they’re hiding). Why would anything come to an end?

Will we miss you? Hell yes.

Is it over though? Hell no.

So thank you for all those years of awesomeness, all these memories in your virtual company, and that tremendous work of yours that can only be achieved by pure passion. But …

Dearest AtU2, I know this is not goodbye. Not really. Because the people that were the heart of this fan site, that made it all possible, are still around. It’s just a moment to dream it all up again. And I know they will – because that’s what U2 fans do best.