I’ve never been one that wanted to understand magic tricks, well too happy to let the kiddo in me still find amazement in a world that is not more often than not butchering your sense of wonder.

But sometimes, you need to understand the magic trick for your own sanity. 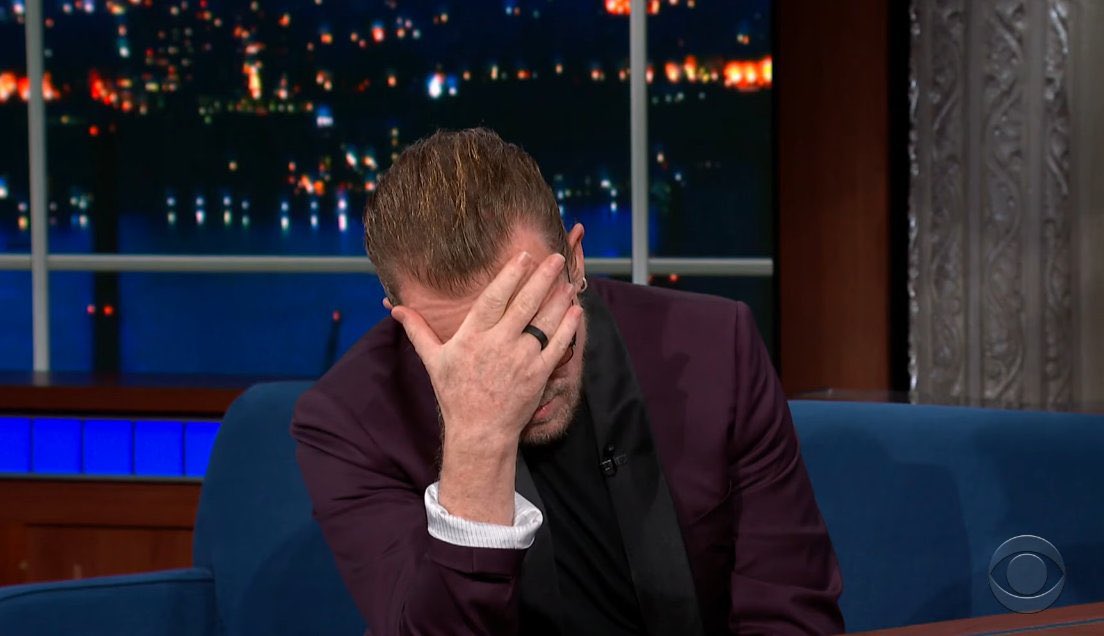 Oh there she goes again…

Bono’s performance of With or Without You at Colbert’s literally broke my brain.

I watched it just once and turned into Edge’s exact opposite – brain-hands coordination fucked beyond repair. Took me three – four ? – times to actually manage to post a simple thought about it online. The words twirling in my head not reaching the tip of my fingers fast enough. And for someone who doesn’t make sense on a regular basis, not making sense of not making sense was a pretty scary feeling.

How music, songs, voices can have such an impact on me I will never understand. And I don’t want to. That’s a rush I could probably find only illegally, so let’s not fuck it all up.

But I came down from it, managed to take over my body again and even managed to not get fired for the sloppy work I achieved in the aftermath of that … experience?

Watch @U2's Bono perform their legendary hit, "With Or Without You" on #Colbert. pic.twitter.com/xlNMXUkf4C

I calmed down. Eventually.

And I watched it a second time. MANY hours later.

Back to square one.

Broken puppet moved by the invisible strings of a man I never met.

What a win for the feminist in me. Ouch. Ahem.

But here’s where it gets worse.

I’m going to see this thing in person. It’s something to lose your mind and collapse in a puddle of tears in the comfort of your own home, it’s a very different one to do it in a venue full of people – even though most people there will probably be going through the same exact thing – so… Should we panic?

Maybe we should panic.

We are fucking fucked.

One of the biggest perks of being a U2 fan is the extended community and thankfully you can always rely on your tribe to give you what you need just when you need it. Angela – my savior, many thanks – suggested I should make a gif that will make me finally earn all the man’s hate – well deserved – forever. The fake mullet on Colbert’s show.

I blame peer pressure. He prob does too.

But as much fun the fake mullet was – for us, I KNOW, you hate us all – it’s not Bono’s interview that inspired me. But the performance.

What better way to understand the magic trick than pin it down to the table, rip it all apart, deconstruct its very essence and put it back together?

Gifs are not art per se, not even digital one, it’s just that thing that probably could be best described as a very nerdy hobby at best. But they’re also THE way to press pause on the world and all the emotions that come with it and take the much needed time you need to look at it all objectively – maybe. Damn I wish I could gif reality.

Some people do funny gifs, some do very you’re-gonna-need-a-cold-shower gifs, and others do shit ones. I probably do them all to be honest. And probably too many of them. That’s my category. Too much is not enough. For those unfamiliar with my the insanity I refer to here, this will speak for itself.

I do too many gifs because I look for moments. Glimpses of something that should go unnoticed and yet is right there forever in that frozen frame. Those moments that build the magic trick without you noticing it.

The moments the showman becomes the man at the show.

The moments the song takes over him.

The moments the emotions are best summed up in that twirl of the hand.

The moments it seems to be all dawning on him.

The moments he actually manages to get back in his body without Edge around.

The moments you can’t really see the blurry lines between art and heart anymore.

The moments when there’s that thing in his eyes.

The moments, the tiny fleeting moments, you get frontrow to look through the cracks and be blinded by his light.

That was the magic behind that performance.

It felt closer. More intimate than ever.

The 4th wall is still standing, but whatever wall was behind that man’s eyes seems to have crumbled to the ground. With his book, Bono seems to be inviting us to look through him, and not just at him – I know, I stole that one from him but he also stole my (I know) so it’s fair – and funnily enough, probably because it’s actually the honest truth, it also shows in his eyes. And even though we probably won’t be allowed to see everything, it’s a nice feeling to know he lets us peek around on a frozen frame.

Well. Mystery solved for today. But that doesn’t help.

Maybe the real magic of this tour is to surrender to it all.

(I’m gonna need such a stupid amount of tissues….)

Music Of The (one) Sphere

A very happy birthday to the one and only @gavin_f