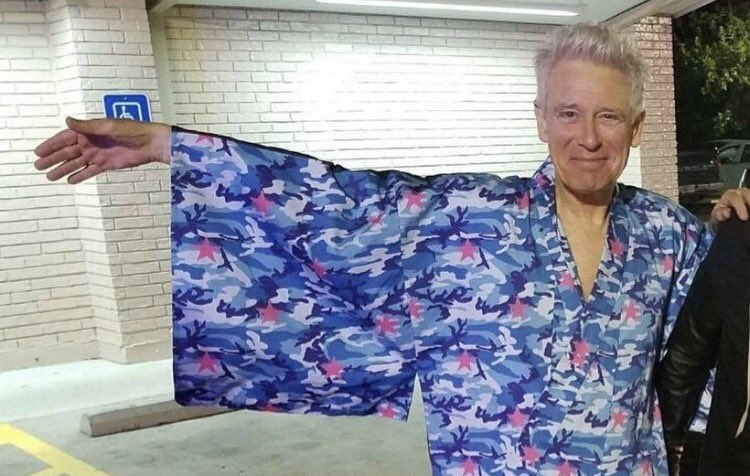 I know you’re all waiting on that Bono stripper pole article – or not – but I promise this one is just as sexy and marvelous.

The more time I spend online, the more I like to think of the U2 fandom as a huge playground. We’re quite an eclectic bunch, and just like kiddos, we pretty much accept everyone without giving a shit about differences. It’s a noisy place, sometimes loud (stop pointing at me, that’s not nice *motherly voice*), vibrant and full of life, even with the occasional drama in the shadowy corners.

We want to run, we want to hide (and seek), but sometimes, just sometimes, the big guys throw us a ball to keep us entertained.

The big guys are U2 obviously, and stop looking at the ground, it’s not a real ball.

It’s probably not even conscious, but yes, U2 sometimes gives us that extra little something to keep us busy – or maybe we’re just super good at turning anything into fun shit. For example, that math equation – that I still haven’t figured out – about how long it would take The Edge to assemble all his Ikea furniture. This time it’s one bouncing colorful ball! Impossible to resist the fun and puns lying ahead. 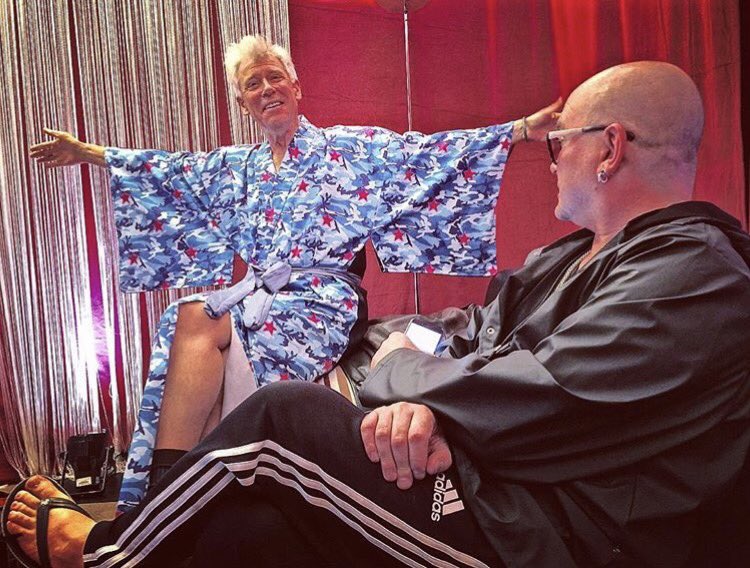 Good old Awesome Clayton seems to have restock his robe dressing after his last visit to Japan, and it’s now full of just as awesome kimonos! I’m not sure if it’s a fashion statement or just Adam being Adam – probably the latter – but one thing is for certain, his kimonos have taken over social medias these last few days. Kimonos everywhere!

Of course, social medias wouldn’t be social medias if we didn’t twist it a bit. Crazy twitter to the rescue! Joining the already exciting gang of Adam’s hair and Abs, the kimono now has its own account! – @AdamsKimono.

There you go, have some fun, it’s a really laid-back piece of fabric, super-duper cool. Just don’t let it go lose for all our sakes – don’t listen to the Abs, they would do anything for a second of glorious flashing.

I’ve seen stuff going around all praising the new-found glory of Adam’s kimonos. There’s a trend of #GoKimono in the air – why not, but please don’t do this at the shows…Too much bouncing.

It’s apparently now a thing to be “getting-a-burger-in-a-kimono” cool. With all fairness good peeps, I think it only works if you’re named Adam Clayton. Sure, sure you can try… Let me know how it goes eh? I’m all for it! #TheRightToAppearRidiculousIsSomethingIHoldDear 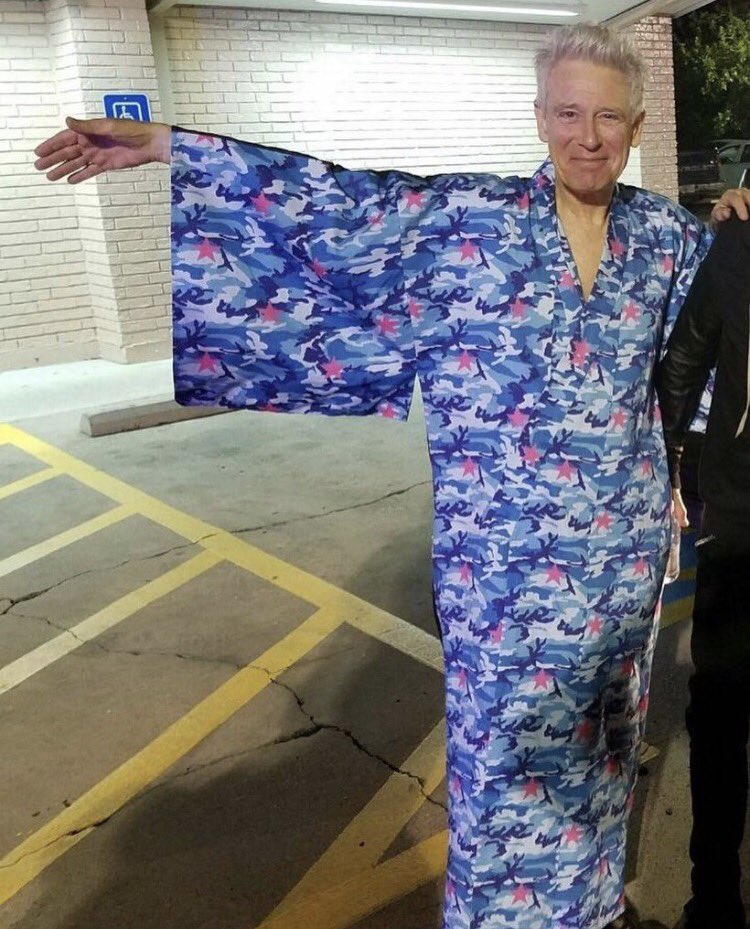 But then again, I don’t want to be that insufferable brat, but yeah, Adam in a kimono is cool. I told you so way back. Don’t remember? It’s one of the first thing I ever told you actually. Go back a year ago or so, and look for yourself right here (#14).

Adam is cool. Adam is free. Always have been. And there are loads of story about Adam’s tendency to not endure the shackles of society – mainly underwear, we all have whooping memories of SBS meerkat last tour. Not necessarily good.

He probably inspired the “free yourself to be yourself” line. Literally. And you know what? Good for him.

He’s a bird in an open cage, at least bits of him. Gosh. With all due respect for those brilliant songs, who would have known that it’d be so easy to use U2 lyrics as dick jokes? I’m not even trying. Sorry about that, in my defense I’ve behaved well, not even used Achtung Baby for this… 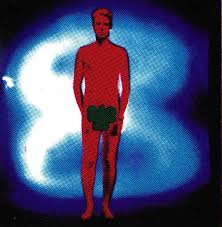 I’ll stop right here before ruining every U2 songs for you, but feel free to join the madness, it’s all good fun! Like those other dudes once said, come out and play!

Wait. Adam. That’s not what I meant… No! ADAM!!! Haaaaaaaaaaaa!