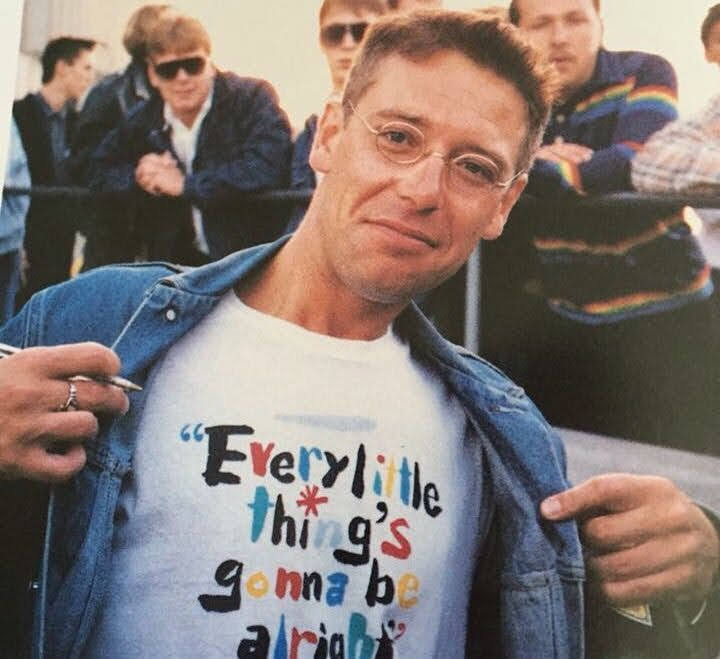 I should be writing some nice thoughts and things about our favourite bassist right now in anticipation of his birthday but my mind keeps bringing me back to stupid reality.

It sucks. It really sucks because I miss Adam. I’ve really missed him a lot these past few days. His warmth and kindness. His inspiration. That smile that tells you it will all be okay.

It’s been a tough week.

The world is a lot – again.

And hell, I’ll be damned, but even being a U2 fan has been a lot.

It’s been a tough week after a tough couple of years, and you can start to feel that our resilience is more and more put to the test. Everyone’s on edge – and not in a good way if you… yeah you know what I mean – and seems ready to fight at the turn of a tweet.

Words have power. And it takes just one to fuel that unrest and spread it like wildfire. I wish people were more inclined to jump that fast on the bandwagon to spread joy and positivity, but it seems like those concepts are harder to hold onto these days. Makes sense though. Everything seems to suck.

Let’s face it, we’re all tired. You, me, the neighbors next door and the rest of the world too. Mentally tired of well *takes a look around* you know.

And what’s the favorite thing of tired humans? Scrolling down our phones of course.

Social media is a shit hole. Or at best a playground. All I have learnt throughout the years is that if you start taking any of it too seriously, you’re fucked. Of course there are upsides about it or we wouldn’t stick around. It connects people, brings a little respite from reality, and a much needed levity in your everyday life. You might even find three friends to take you out of this place, someone you could.. You get it.

That being said, keep in mind that there’s nothing healthy about social media and that they turn more often than not into free food for the gremlins in your head. And hell, it’s been a full on banquet lately.

We often talk about the trolls being trolls because hiding behind a keyboard is so much easier, but I think the main issue is not the hiding, it’s the lack of guilt at hurting someone else for not seeing the other person’s face, for forgetting way too often that behind a @ there’s a fellow human.

It’s not because you can’t see it that it’s not real. The hurt is always real.

So yeah. I’ve seen and felt a lot of that this week, and it hurts. It hurts that we hurt. It hurts that wherever I look all I see is that big fat lump of negativity. It hurts that all of a sudden it’s yet another place where I don’t want to belong.

Because it brings me light most days, and I know it does for you too.

Shout if you need to, always, but shout for joy as often as you can.

Because this is our happy place.

This is our 1% against the world.

Just that tiny little bubble of happiness and joy in the middle of the darkness.

Can we tear up that corner again?

Are we tough enough?

Anyways. This too will pass. Hopefully.

Bring a smile, U2 fans – because life will give you enough tears. Carry each other when you can, but don’t tear each other down when it all gets too much.

Take a break. Ask for help if needed. Listen to music. Avoid caffeine – I hate to admit it but it does work – and plenty of chamomile tea. Adam’s right. He usually is. Ha, good man.

So here’s hoping for better days.

Here’s hoping that love can be bigger than anything in its way.