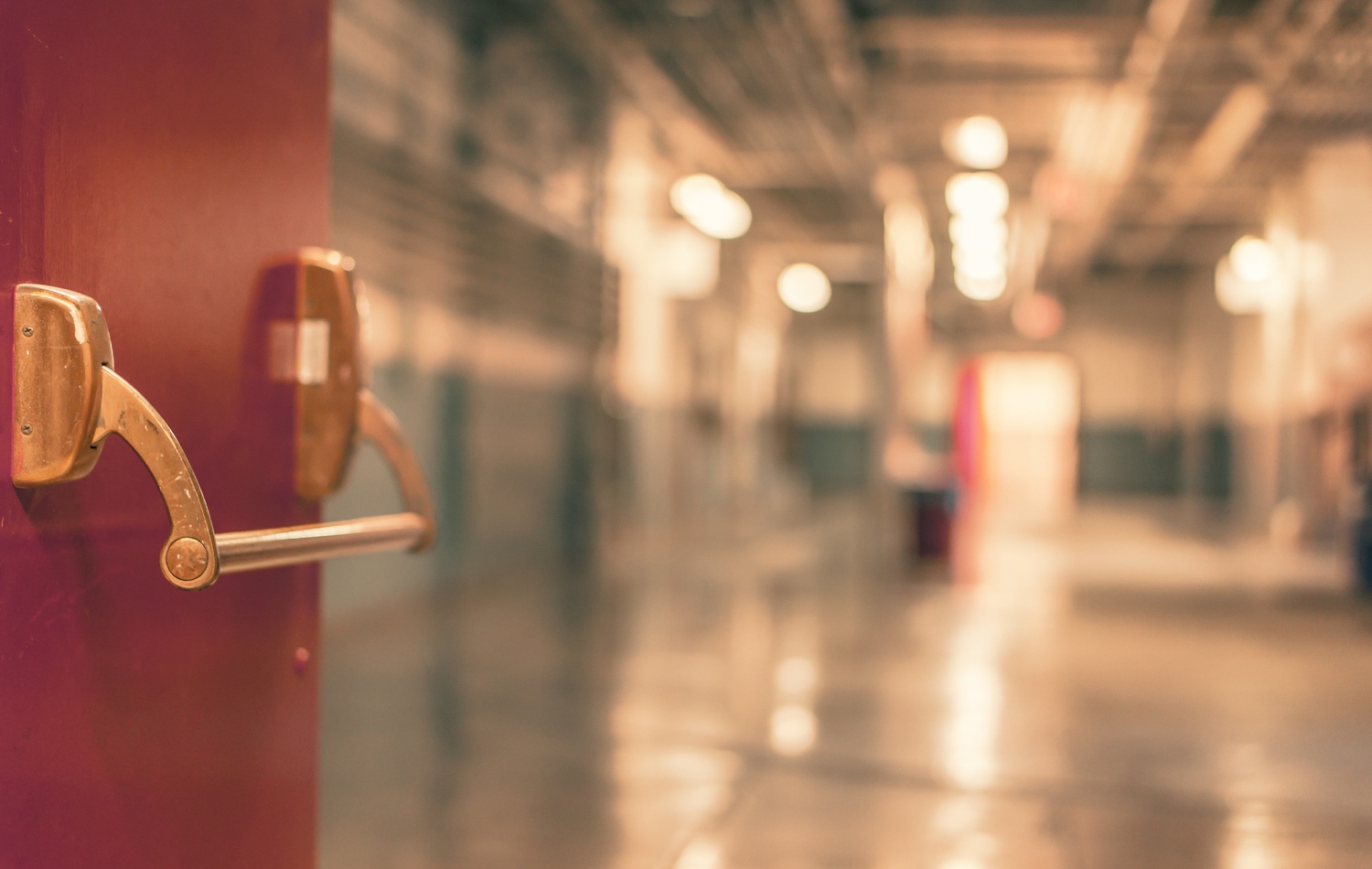 Sweet summer… Holidays… Fun times… Waking up every single day just to stare at the sun and enjoy the simple pleasures of life… Wait a minute. Is that already over? How the hell is that already gone?! Ha fuckity fuck, just one look out at the window and yeah, summer time is officially gone. Here we go for another year. School, work … like a never ending quest we all have to go through to unlock our next summer holidays reward. I don’t like September. That month is just one hell of a kick in your buttocks that send you right back to real life and boring stuff. And quite a violent blow for sure. You go from damn-I’m-so-lazy-but-I-don’t-give-a-damn to running around like an headless chicken to get things done under just a few days.

I haven’t been much around for that very reason. Loads of stuff to do in an insanely short amount of time. And this year, it’s been even worse. For those who don’t know I’m entering my final months of baby baking. And for all I know, Streets seems to be playing on repeat in my belly. I sure have one hell of a bouncing baby getting ready to rock’n’roll the hell out of this world – and presumably trying to murder me every single day with its tiny but oh so freakin powerful baby kicks. That’s what it takes to slow me down I guess. Stuff to do, power naps every two hours or so, and of course restricted amount of coffee allowed. So yeap. Not so easy to find time to write when it takes you ages to roll from the couch to your chair. But eh, at least there’s something in the air this year. Something U2 related. September doesn’t suck that much when you think about it. It’s getting closer… you know what I mean. Back to 1976 – loads probably happened too this year, but one thing in particular. It’s our guys 40th anniversary, and I’m not gonna let baby kicks grind me down!

Days kept passing from the beginning of the month, and it’s about time I write a little something, because that week has finally come. Can you feel it? That sense of anticipation? That silence before the storm? There’s some sort of electricity in the air. Everything appears so quiet and peaceful, but you know, you just know, that it’s starting to boil hard under the surface. This is not any ordinary week, and certainly not any other anniversary. We always joked during the IE tour about Bono probably being half time lord – because it’s always Saturday night when U2 is playing – and I’m wondering if they’re not using that magic again. Feels like space and time are just sucking us all back to that very week, forty years ago. How weird is that eh? I mean, it’s not an actual memory for us. None of us read that note on the school board or was in that kitchen. And yet. The whole U2 fandom connects to this very moment. And even though it’s not part of our own memories, it’s actually very real for all of us. In a few days we’re all gonna travel back in time to that kitchen, and witness the beginning of something that will change our lives forever. The birth of our band. Yes, “our”. Now that can sound really pedantic but eh, you know what I mean. We don’t own them, they don’t own us… but that kind of relationship between band and fans is almost symbiotic. If you don’t agree with that well, let me show you something. U2 is a band right? They gave us music eh? Well if there’s no more than this to the whole thing then, tell me why the fuck are we gonna celebrate like hell the meeting of a few teenagers in a kitchen that happened 40 bloody years ago?! –  There you go; I rest my case.

So now the only question left to answer is how the hell are you planning to celebrate? As you probably figured out, I’ve been mostly procrastinating all summer – but some people kept very busy and put my own laziness to shame – Nah, not really #NotSorry. Thanks to a lot of devoted fans, a lot is now going around in terms of celebrations. Countless events and cool ways to pay tribute to these last 40 years. Here’s a few examples of this week end festivities and what you could do.

From Dublin to Cleveland, and well pretty much all around the globe, U2 fans meetings are taking place. What’s the best way to celebrate than hanging out with other fellow fans really?! – Yeah, I know, with the band, but that’s not happening so don’t be too greedy. I would have loved to be able to join the craziness in Dublin, but for whatever reasons that I don’t want to hear, those mean little flight attendants wouldn’t let me board the plane that far into pregnancy. Meh. Do I sound grumpy? Yeah slightly. I’m hitting the Larry in a bad mood grumpy actually. Anyways, it’s not like I could enjoy #U2pints either so… Double Meh. Bah, nevermind me – hormones.

Seemingly, loads of fans will be heading to the North Side of Dublin this weekend – and for what I remember of last November when U2 was playing in town, that means one hell of a party. If you’re in the area – or if you can actually board a freakin plane – don’t miss it! For real! If you’re having some last minute thoughts… Dammit just don’t overthink it and go! You’ll be in U2 land, with U2 fans for a U2 celebration including U2 tribute bands – How much more U2 do you need?! (I know, don’t answer that, we already talked about it, camon…)

The cool peeps of December will also be part of the fun, and gosh that’s really one of my regrets to not be there to see them live. They’re awesome and if you haven’t heard about them yet, well you better give this a listen.

I’m really sad I can’t join these events because as usual, it’s not just about the music and the party but it’s missing an opportunity to be reunited with friends you don’t get to see that often. I’m counting on all of you guys to periscope part of the fun for us poor souls stuck elsewhere in the world – and please have a pint (or more) on our behalf.

Well as for the rest of us… there’s still people out there not going right? Hello? Please…? Ha, good peeps. We might not be much but I’m sure we can do our share. The #U240 hashtag has been going strong on socials medias for the last months. We got used to it, and it’s now almost an automatic way to end your post or tweet. You know what’s left to do this weekend right? Don’t worry, it’s not much…. We just have to BREAK THE FREAKIN INTERNET with it in order to celebrate the best band in the world! – Plus, our friends at the U2 parties will probably be glad that their drunk tweets get drown in our massive spamming action. Get your keyboards ready guys, we’re on a mission. You know the drill.

So you can eat it all by yourself. Sorrows can’t swim in cake. Hmm. Ok never mind that on

What about a good old U2 DVD marathon eh? Fine, you probably do that once a month already but eh, still! Get in the U2 mood and blast some tunes around the house – loud enough for your neighbors to ask what the hell is wrong with you, so you can actually tell them about the 40th! #SpreadTheLove

Eh after all, who knows? Maybe the guys have been planning their own little celebration and have some surprise in store for us. I guess it will include quite a lot of “Damn, how can it be 40 years?” – “Oh god Adam, look at that pic – what the fuck man?!” – “We’re old.” – “I don’t care, gimme another drink!” … But! – yeah I know, I’m good at that – let’s not forget that the guys are scheduled to play at the iHeart Festival on the 23rd … Playing on the eve of that mythical weekend? That smells like a pretty good opportunity to release some new material into the world eh? That’d be fitting right? But ha, again, who knows… I’m not sure they give a crap about fitting or not, and we’ll probably get that one whenever they decide it’s time for us to have it. But come on guys… I can’t drink, I can’t travel, I seriously have to stop thinking about baking that cake… Give me something I can feeeeeeeeel! #HormonesTakingOver

Whatever you’re planning to do, or not do, just have fun with this event. It’s quite an achievement for a band to be around for 40 years. It’s like wow. I haven’t even been around this life for 40 years! So yeah, it’s a pretty cool opportunity to get a free pass from your family and friends to do something U2 related. There’s loads of cool stuff going on around there, so get your head out of the mud and pick something to do! You could:

In the end, you should just celebrate your own way, and have some fun with that community you love, for that band you love.

It’s gonna be one hell of a beautiful day so… Don’t let it get away !

One but not the same

They make me proud quite often. They bring me hop

I'm not sure where that man finds his strength but