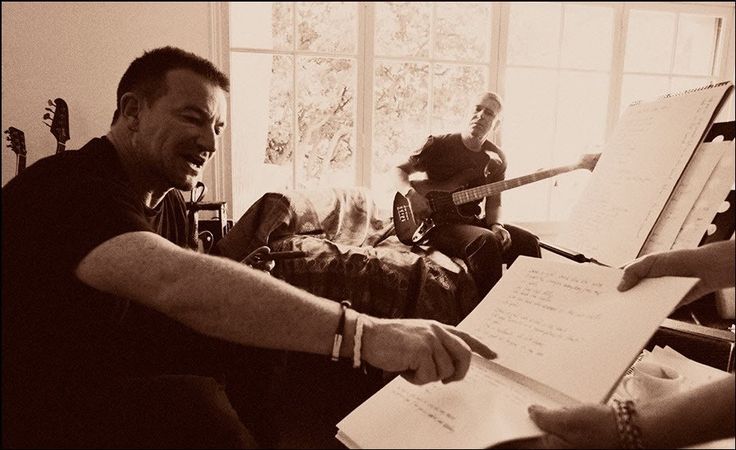 It’s Sunday morning and I should really cut off on the caffeine.

Do you know how long it took me to deal with one?!

You know what gets on my nerves about this band?

Did the intern fucked up again?

Are you just teasing us?

Is it a weird way to give us enough time to overthink about it all?

I don’t know what’s going on with this but you’re probably more than aware that in addition to being pain in your arses most days, we’re also fast ones. So of course we all saw those lists – screenshotted, cropped, saved in a U2 folder somewhere – and of course we all discussed those heavily by now.

10 songs that saved your life right?

I’m sensing a theme these days, I don’t know you but… Yeah. That’s starting to feel a bit bigger than a simple movie promotion now.

So what did we do with that info? I wish I could tell you we all religiously listened to that playlist, lighting a few candles thanking the rock n roll gods and feeling the warm embrace of you opening your hearts to us mere mortals but, err, nope we didn’t. Well I did. Listening. Not the rest of the creepy bullshit I just said.

What happened then? Well, we went full fans of course. The moment those lists were posted, the very first general reaction was OMG I NEED TO MAKE A LIST OF 10 SONGS THAT SAVED MY LIFE – and also WTF Larry but I’ll come back to that later on.

That’s just the way it is.

You do something, we want to do it too.

That’s the fan life, what can I say – apart from validating once more the old saying ‘if you’re a U2 fan, you either want to be the band, or do the band’. Don’t scoff at me. No need to pretend now.

Anyways. Why is that then? Hell, we can’t pass that golden opportunity to compare ourselves to our heroes – that’s you U2 in case I’m not clear – and get hyped at this unspoken validation of having something in common with you. I know, daddy issues again. Nevermind.

I’m not sure that was the whole goal by posting those songs that saved your lives guys, and I mean most probably not, but as I said not so long ago, you opened the gates with that tune and there’s no fighting the current, we’re actually more than happy to go with the flow. 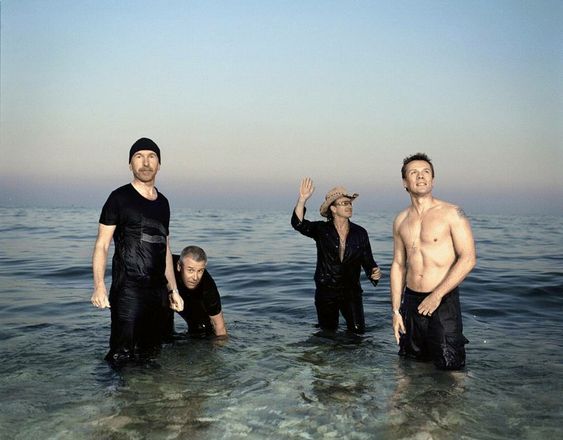 I mean. Looks fun and all.

I didn’t make one.

No need to go back to that saying now.

You’re so easy to manipulate sometimes….

Sorry to disappoint again but I’m a big fat liar.

I just chose not to post it publicly, because for starters I don’t feel the need to, and secondly it would be a bit hypocritical of me to do so after babbling over 3000 words to tell you all about just ONE of those in my last post.

It’s actually a very interesting exercise really, because once you’re past the obvious ones that come naturally to you, it kinda forces you to go back to listening to those songs that are part of your memories, of your personal journey, and it gets trickier.

Unless you’re aiming at U2 songs that saved your life and honestly, I had at least 5 alternative lists ready in seconds – I guess that’s probably why these dudes are the band of my life.

But no, truth be told, I’ve seen a lot of people struggling to narrow their list down to ten, and honestly I’ve been struggling to actually get to 10 – or maybe that’s just the privilege of not being 60.

I could throw in there a million songs that matter to me, songs that are so important on a daily basis, or had a certain impact at some point in my life but… saving my life? That’s another level.

I never take those guys too seriously, because, again, they have enough people to do so – I do though, take the music very (too) seriously. So am I overthinking again?… you don’t need an answer to that.

10 songs then. Uno, dos, tres… where art thou catorce?

Why is this so damn hard.

Oh and I’ll obviously pass all the ones that would ‘look’ good on the list, and prove to the whole world that even though you have a big hole in your heart, you also have impeccable music tastes.

That’s not the point here good people, that’s getting it all wrong. The songs matter, not the name on it.

We have this notion in French called ‘Faire paraître’, literally ‘do’ and ‘appearances’ – a little trick, a slight illusion, just sending a version of you into the world that is not necessarily untrue per se, but kinda… filtered. Embellished. Share the bright side of yourself, of your life, and just sweep all the shit stuff under the carpet for a few hours or a few pictures.

I’ve seen a lot of that and I won’t judge. I mean. It’s a quite human reaction in a world where you’re constantly judged for every word that you say or every emotion that you show.

Luckily for me, I don’t give two fucks about that so. Hate me, love me, thrill me, kill me. Meh. Whatever.

The 10 songs that saved your life.

Hell if you can’t be honest and true about those then I don’t know.

Because in reality… do the songs matter that much? I mean of course they do, but to you. Because they hit you at a precise moment in time and space when you needed it. Are they necessarily good songs? Popular songs? Probably not.

We all had a bit of a laugh with Larry’s unexpected love for Britney, and maybe it was meant to be, maybe he was just being Larry and taking the piss out of this whole blah blah sentimentality someone else probably imposed on him.

And yet. Maybe not.

Music works in mysterious ways. And human hearts are complicated. It’s all about storytelling at the right time. And I’m not talking about lyrics here. The sentiment, the energy, the feeling thrown at you by chords and beats matter just as much as the words uttered. And sometimes more.

The main reason why Edge is my favorite guitarist is because he’s a great storyteller. He gives his instrument his own voice. Many times you’d think it simply echoes Bono’s words, but when you listen carefully, it often turns into actual conversations, arguments or plain fights. And it works. It works so well. It’s no secret that NLOTH is my fav album and you can hear this so clearly in those songs. Music vs lyrics, like a fight, or a dance… a complementary contradiction that makes all the difference and gives a depth that is way beyond what you can just hear. You feel it.

You feel Bono’s throat almost tearing apart on Moment of surrender, you feel the despair and urgency of those words, carefully balanced on the slow calming heartbeat of those sounds… The stuff you gotta yell, and the deafening throbbing taking over your ears. Inside and outside conversation. Gosh. Freaking beauty.

Ha. I’m getting lost again. Where was I?

Why the hell not.

Maybe there’s one intense story being that choice. And honestly when you scrape out the pop sugary vibe off that song, that’s some heavy feelings in those lyrics.

Good for you Jam Jar – you’re never getting away from this one, I am so sorry.

And I get it. Half of my list is punkarse crap songs and if I was to say them publicly, you’d probably wonder how such shit songs could even be listened to, let alone be the ones that saved my life.

Again it’s personal. It’s intimate. It makes sense in your very own reality. And it takes some gut to post that list. Guess what. I’m a wuss. So again, no, I won’t post it.

So really, kudos U2.

I’m pretty sure you’ve given those lists more than 5 minutes of reflection and given us an actual sneak peek inside your heart. That was brave. Inspiring. And of course we always love when you share a bit of yourself with us. It’s a very nice gift for fans really. So thank you.

Yet again… I guess you have some training with that. Isn’t it what you do every time you release new songs? Ha. I love when we come full circle.

I’ll keep working on mine now.

Listen to the music.

Deep dive into those feels.

Try to see what just mattered and what was actually essential.

A little dash of innocence reviewed by the critical eye of experience.

Can you tell I don’t want to go back to working on my list?

So one last wild thought.

If Songs of Innocence were the beginning, and songs of experience were the end (or the actual beginning). What makes you go from I to E? What’s the solution to what was always an equation in plain sight?

What sums it all up?

Is it time to dive into that?

In those feelings that carried you?

In those songs that made you go through?

In those songs that took you higher?

Is it time for Ascent ?

I’ll go back to my crap punk power chords now if you don’t mind.

I guess you found a way to keep us busy after all lads.